The working example (along with its source code) which we will be using for demonstration, primarily consists of 2 simple Spring Boot applications –

To keep things simple, both the applications will just expose 2 APIs

Since Card Service is a core domain application, we will be quite curious to know how will Card Client behave if

Hence we will be performing chaos engineering experiments with Card Service application as blast radius.

As per my earlier post, most fundamental prerequisite for performing Chaos Engineering experiments is to have state of the art Monitoring available in order to understand system behavior by capturing required metrics. This is the key as it will help in identifying vulnerable areas of system which needs to be further hardened. So in order to enable required monitoring stack we will need some additional infrastructure components as mentioned below –

Note – You can refer to my older blog  for understanding how Spring Boot’s Actuator, Micrometer,  Prometheus and Grafana works in unison to provide us required system metrics.

In order to generate chaos we will inject failures and for that we will make use of some tool. As on date there are myriad tools available in market viz. Chaos IQ, Gremlin, Simian Army etc. Since we need to inject failures within application, we will be using Chaos Monkey for Spring Boot (CM4SB)

At a high level Chaos monkey for Spring Boot basically consists of Watchers and Assaults.

It will basically scan Spring Boot app for specific annotation (as per the configured values). It supports all the Spring annotation –

By using AOP, CM4SB will identify the public method on which configured assaults need to be applied. One can even customize behavior of Watcher by using watchedCustomService property and thereby decide which classes and their public methods need to be assaulted

They are the most important component of CM4SB. They are basically categorized into –

Once we have our both the applications i.e. Card Client and Card Service along with Consul, Prometheus and Grafana up and running, we can inject failure using CM4SB. For monitoring CM4SB metrics, we have imported Grafana Dashboard with id as 9845. Before initiating chaos engineering experiments lets understand current configurations of Chaos Monkey by invoking ‘/actuator/chaosmonkey‘ with HTTP GET method

As we can see from above response, it mainly depicts key configurations pertaining to Chaos Monkey for the corresponding Spring Boot application –

Next we need to enable Chaos Monkey. So we will be using ‘/actuator/chaosmonkey/enable‘ URI. As soon as it is enabled, we can clearly see it in Grafana dashboard (under ‘Chaos Monkey Status’) as shown below

As part of the first experiment, we will be generating chaos by applying Latency Assault via ‘/actuator/chaosmonkey/assaults‘ URI. Latency induced will be ranging from 4 – 7 seconds with level configured as 5. Request payload for configuring assault related settings will be as shown below

we can clearly see below metrics within the imported dashboard

Since we have also configured distribution percentiles for server request we can also see metrics pertaining to response time. As we can see from below metrics, that response time of Get all Cards API is taking 7 seconds.

As part of this experiment we will be applying Exception Assault to understand Card Client behavior in case Card Service ends up with Runtime exceptions. So we will modify the assault configuration by applying below request payload with same URI as above i.e. ‘/actuator/chaosmonkey/assaults‘

After running the same tests (i.e. Fetch all Cards using the same above Apache Bench command) we can clearly see metrics within Exception Section of dashboard (as shown below). What we are able to see here is

As part of this chaos experiment we will be applying kill application Assault to understand Card Client behavior in case Card Service inadvertently goes down. So we will change the assault configuration by applying below request payload with same URI as above i.e. ‘/actuator/chaosmonkey/assaults‘

After running the same tests (i.e. Fetch all Cards using the same above Apache Bench command) we can clearly see that there is not a single failure ! So we can infer that our fallback mechanism that we have configured within Card Client application is working as per its expected behavior in case Card Service becomes unresponsive.

Due to  inevitability of failures in software world, I am sure that you are convinced about the need of a disciplined and an organized way to proactively test system by injecting failures – that discipline is none other than CHAOS ENGINEERING! I would like to end this 2 part series with an apt and famous axiom by Norman Schwarzkopf

The MORE you SWEAT in PEACE,

the LESS you BLEED in WAR

which completely resonates with ‘Why Chaos Engineering’ should be formally inducted as part of (distributed) application development and its production release. 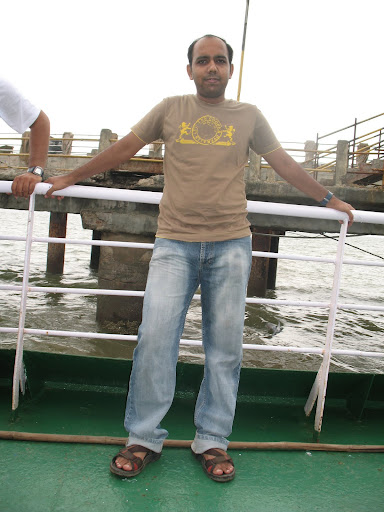